Just for fun, I thought I’d change up my book review this week and give you seven quick takes of Jane Kirkpatrick’s newest novel, One Glorious Ambition: The Compassionate Crusade of Dorothea Dix

.  I’d never heard of Dorothea before picking up the book, but I’ve enjoyed other books by Jane so I thought it would be fun to learn about someone new.

Dorothea Dix (1802-1887) was an author, teacher and reformer in the United States. Her father was alcoholic and abusive and her mother was absent.  She grew up with relatives and started teaching at the age of 19.  A few years later, poor health forced her to stop teaching and she turned to writing.

In 1853, she extended her work to Nova Scotia and in 1854-55 she traveled through England and Europe on a similar mission to help the mentally ill.  During the Civil War, she served as head of the nurses.  Following the war, she resumed her work in reviewing the prisons and asylums of the southern States. Jane Kirkpatrick is the award-winning author of 20 books, including 17 historical novels.  She has a master’s degree in social work and worked in the disabilities field, directing a mental health program, before retiring to write.  She and her husband also spent several years homesteading in Oregon.  She’s been married for thirty-five years and has two stepchildren.  I first encountered Jane five years ago at the Inscribe Christian Writer’s Fellowship’s Fall Conference.

I thoroughly enjoyed this novel and the way that Jane brings historical characters alive and pulls her reader into the story.  Dorothea has a difficult childhood and faced social stigma all her life for being a single woman active in politics in a time when women weren’t allowed to appear in the “public sphere.”

The novel focuses upon Dorothea’s “one glorious ambition”—to improve the conditions of the insane and mentally ill.  Jane suggests that part of Dorothea’s compassion for these people came from seeing her own mother suffer from mental illness, perhaps postpartum depression.

In places, Jane skimmed over Dorothea’s extensive travels from state to state and city to town, and in other places she paused to show significant moments in Dorothea’s life, such as the death of a brother or meeting someone who would become an ardent supporter.  Throughout the novel, I wanted to know more about Dorothea and find out what happened next.

One thing I appreciate about Jane’s novels is her ability to bring history to life, especially as I attempt to write a historical novel of my own.  The novel includes an interview with Jane, giving more details about Dorothea and the choices that Jane made in writing her story.  I liked learning about the choices Jane made to fill in the gaps in history and to make Dorothea’s story resonate with present-day readers.  I’m sure that Dorothea’s involvement in the Civil War—including her relationship with Abraham Lincoln—could be a novel in itself, so I could see why Jane focused this novel upon Dorothea’s other work.  If you like historical fiction, I heartily recommend any of Jane’s books.

Jane says in an interview at the back of the book, “I hope readers will see how significant one person can be in relieving the suffering of many.  I hope Dorothea’s story inspires other present-day reformers.  I also think Dorothea had a difficult time believing she was enough.  I know so many hard-working people who are compassionate.  They give to their community.  They are motivated by family and faith.  And I consider them all remarkable for all they do.  Yet many of them do not see that in themselves.  For them, I hope reading Dorothea’s story will remind them to accept the open arms of those who cherish all they do, even when their grand idea or glorious ambition does not bring about their desired hopes.  I also hope that readers might see the wisdom in Dorothea’s belief that reliving the suffering of others helped to relieve her own.” 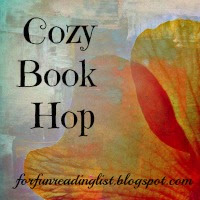